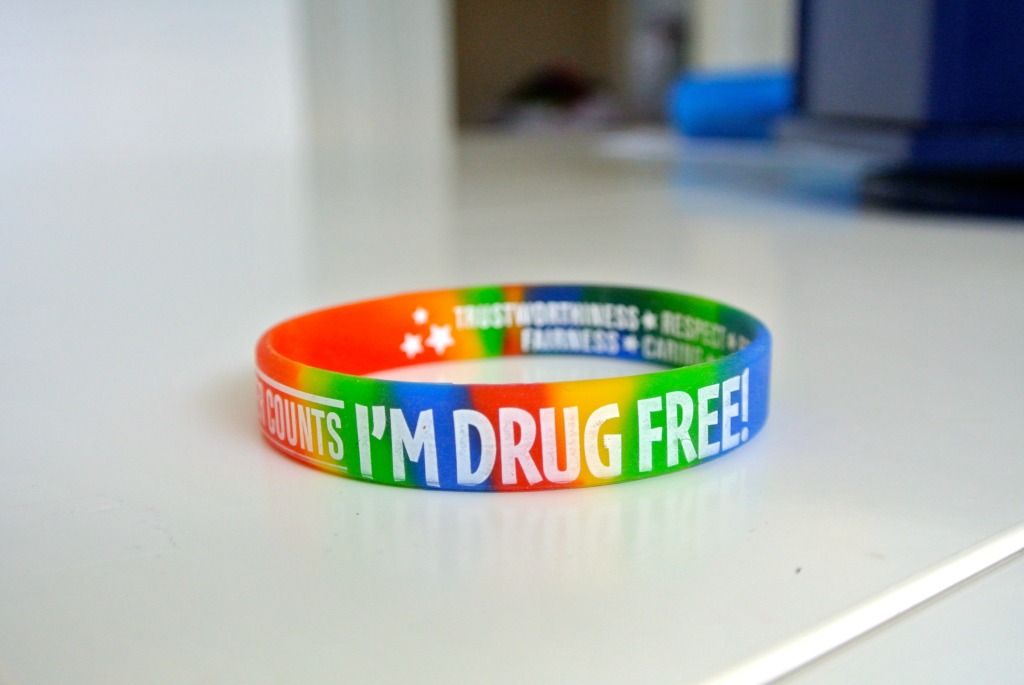 We came home from school wearing this and despite the fact that we were genuinely relieved by it’s message, we were left asking what the f@$k is going on in kindergarten that we needed to point out our drug free status? 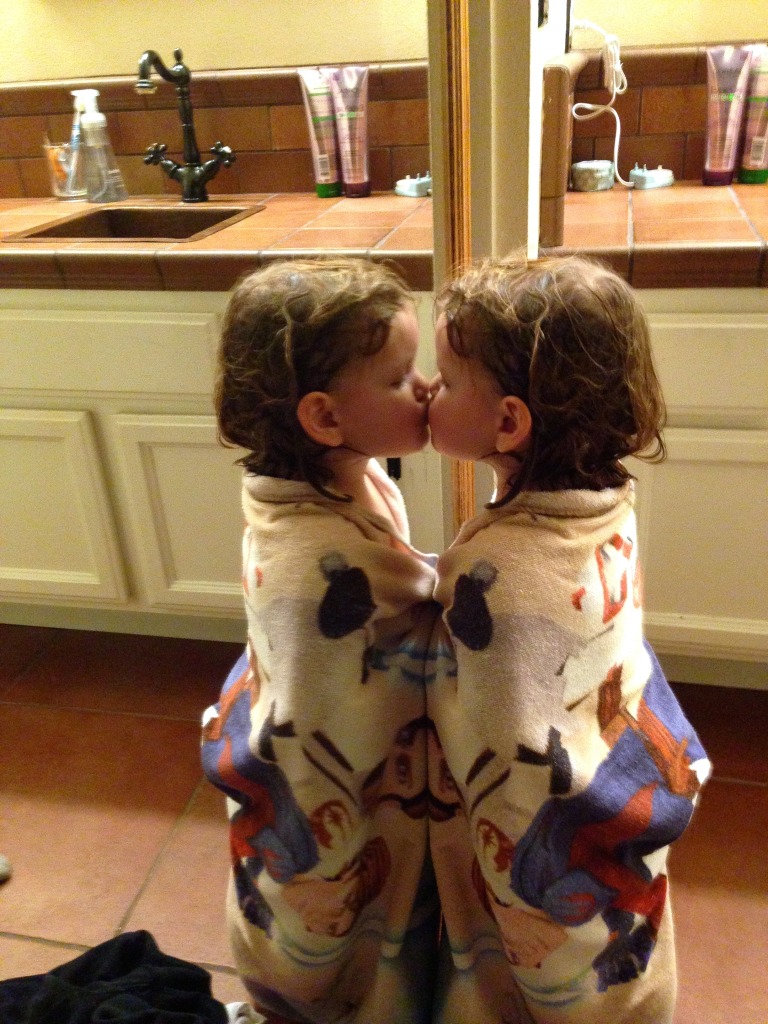 We caught her in an intimate moment. 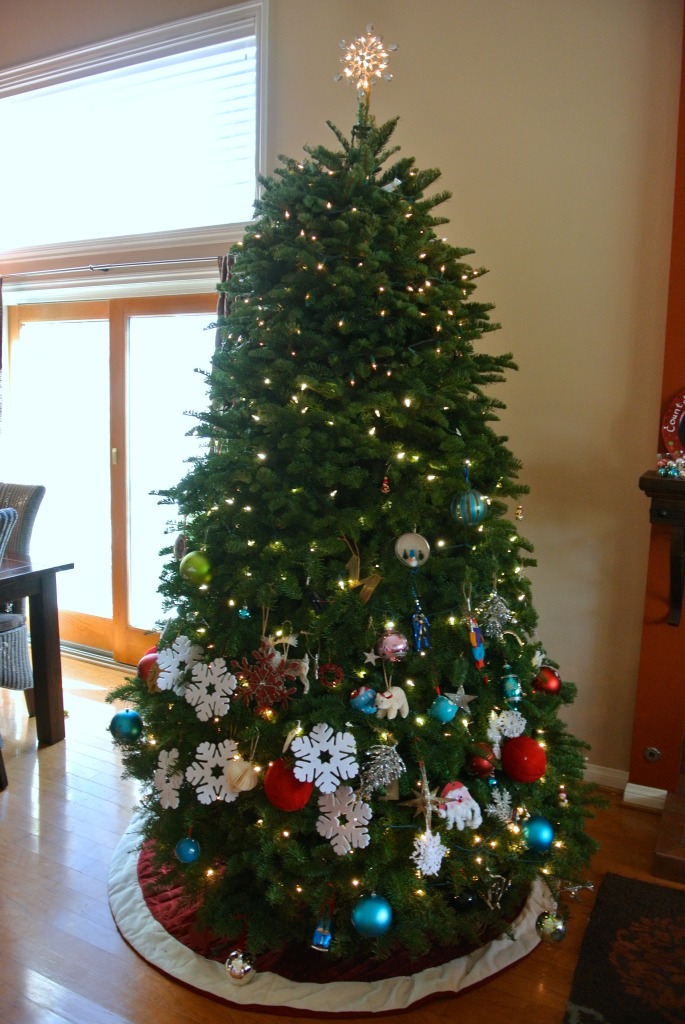 We let the kids decorate the tree and quickly realized that our height was somewhat limiting in terms of ornament placement. 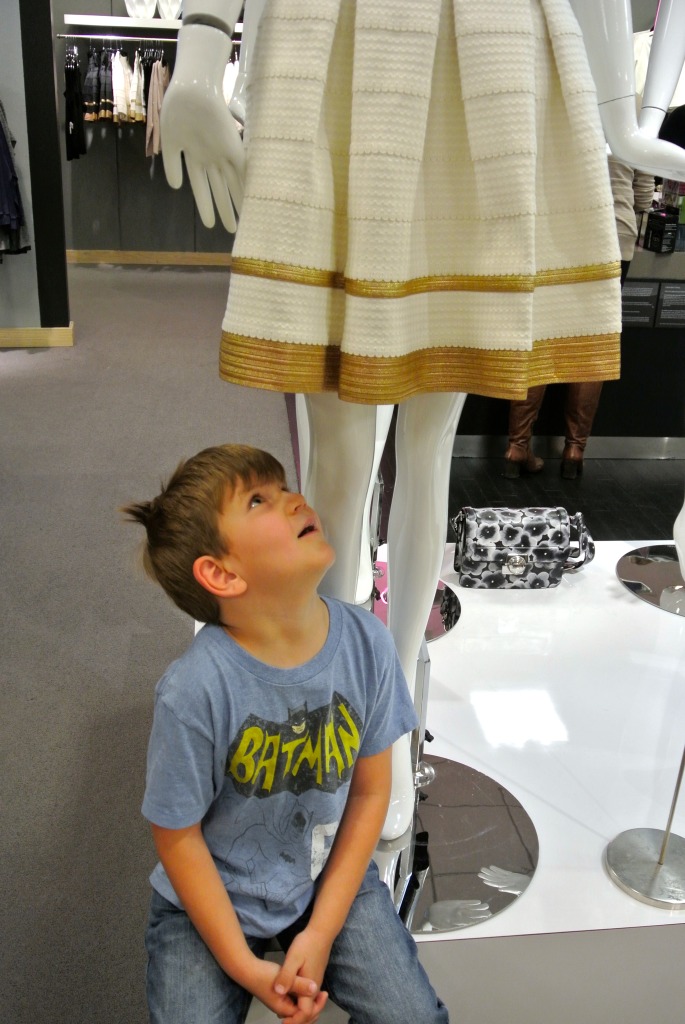 We went to Bloomingdales where we discovered that it, has already begun. 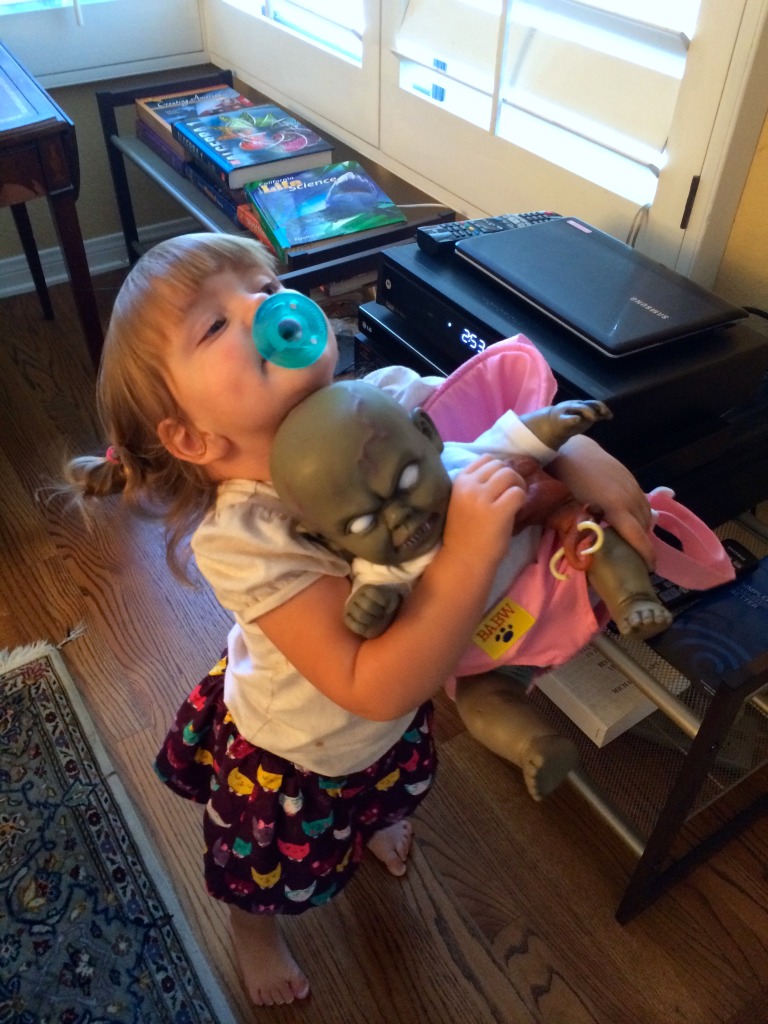 We found out that love, really is, blind.

We went to the La Brea Tar Pits and discovered that nestled in the crotch of a super casual brown bear, is the last place he wanted to be.