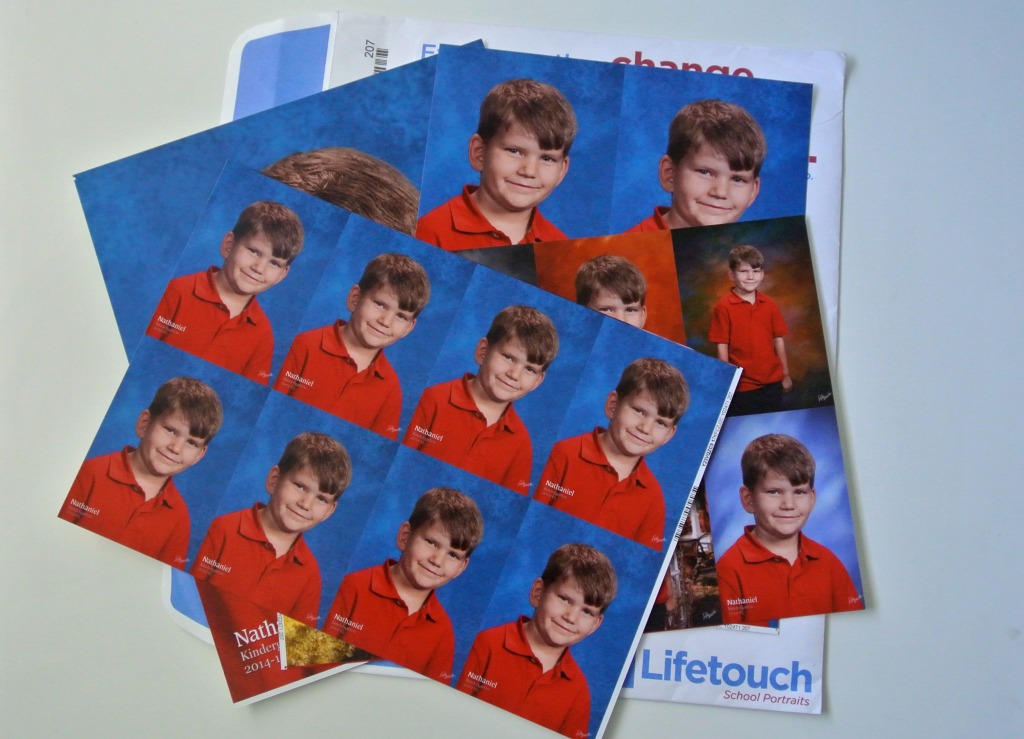 Needless to say, Picture Day was not my favorite, as I could only assume that my parent’s feelings for me were lukewarm at best, and that my dream of making it rain with wallet size photos, was not to be.

So this year, when my son brought home his order form for the first time, you can bet your balls I chose the biggest baddest package Lifetouch Photos had to offer. It didn’t matter how much it cost, so long as it screamed “Mommy loves you” while simultaneously sending a message of “F-U” to my withholding parents.

Of course, I realize now, as I sit here with 36 wallet size photos of my son that will absolutely go undistributed, that my parents weren’t actually being cruel or withholding, they just weren’t being excessive. The reality was that I was their third child and the fifth grandchild on both sides. No one wanted a portrait of me and my parents weren’t going to overbuy to prove anything to anyone. It was nothing personal, it was just good sense.

As it turns out, overcompensation is kind of a theme here in my house as both my husband and I find ourselves giving to our children all sorts of things (material and otherwise) based on some skewed memory from our childhood. The situation with the school pictures has reminded me that making a concerted effort to not put your weird shit on your kids is probably a step in the right direction in terms of raising well behaved, balanced, non-assholes.

Having said that, I know that next year I will not make the same mistake. I will have the good sense to choose a photo package based on the number of pictures I actually need and as a result, won’t be forced to give away five by sevens as parting gifts to our Thanksgiving guests.

In the meantime however, I would like to mention that the first 36 people to share this blog will receive an adorable wallet size picture of my son, courtesy of Lifetouch Photos and of course, my own stupidity.