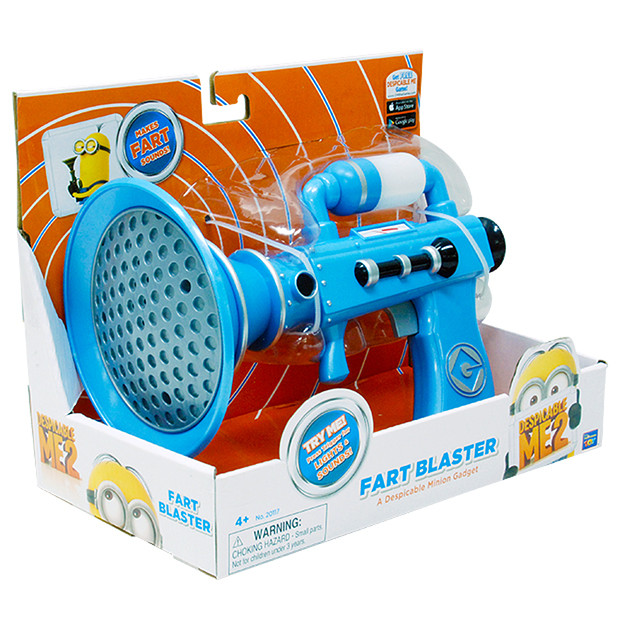 About a week ago, while shopping for a birthday gift at Toys R Us, we happened to come across this little gem and my 5 year old son has been infatuated with it ever since. He talks about it at least twice a day, and over the past few hours I have noticed that he has begun speaking as though it is already under the tree. He has carved out a space in his heart for it, and a shelf in his room despite the fact that Santa is still on the fence about it.

Don’t get me wrong, it’s not that I don’t want to make my son’s dream of triggered farting come true, it’s just that I personally try to steer clear of that type of comedy (dick and fart jokes) and am having a hard time encouraging my son to engage in it.

I understand a love for bodily functions is perfectly normal in boys his age and am reminded of that fact every time he utters the words “Baby Booty Poopie Pie” when I ask him if he needs to use the bathroom, but just because it’s normal doesn’t mean I have to like it.

My fear is that if I give him the one thing that he wants this Christmas, I am once again, setting myself up for frustration and of course, failure.

So the question for today is: Is there such a thing as responsible Fart Gun use? Can I teach my 5 year old how and when to use it appropriately, or when you give a kid a Fart Gun are you essentially saying “Go…Be an asshole”?