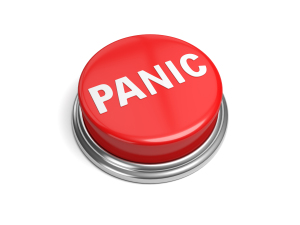 When I was about 8 months pregnant with my son, I was driving down a busy street in LA when I spotted a cat in middle of the road that had obviously been hit by a car. I watched in horror as he tried to get up while other cars swerved to avoid him but did not stop. I knew that despite the fact that I would be putting myself and my unborn baby at risk, I would have to be the one to do something. So, without even the slightest bit of hesitation, I jumped out of my car and carefully scooped the tiny, broken cat in my arms and gingerly laid him on my back seat. Like a pro, I navigated my way through traffic calmly and void of panic with one goal; to save that cat. For those few moments, I was like a real life hero, I was willing to do whatever it took and I remember thinking to myself, yes, I am that kind of person. The kind of person that can be counted on when shit gets real.

Unfortunately, the cat succumbed to his injuries in the backseat of my car but I can tell you that he was not alone and he was, for those last few minutes, certainly not unloved. Despite the outcome, it really was one of my better moments.

In a seemingly unrelated story, this past weekend I experienced what I can only describe as the scariest 4 seconds of my life, thus far.  Saturday morning while my kids were jumping on our bed, an activity that is now outlawed, my son accidentally fell on my daughter and knocked the wind out of her. It seemed like no big deal at first, she wasn’t crying so we thought it couldn’t have been that bad.  But we quickly realized as she was desperately trying to catch her breath that she took such a severe hit that she couldn’t breath.  The lack of oxygen actually caused her to lose consciousness and she went limp in our arms. She was only out for a few seconds but I can honestly say without exaggeration, that when shit got real, I absolutely lost it.  There was screaming and pacing followed by some arm flailing which was of course, accompanied by more screaming.  It was the longest four seconds of my life and my panic was palpable.

Within minutes, she was back to her normal self and feeling fine but it was in that moment that I realized I was not the person I thought I was. I was not the hero that the cat in the backseat of my car had led me to believe. I was just a normal mom. Parenthood can be a pretty scary business and I’m fairly certain that none of us can predict how we will react when our kids get hurt.  The best we can do is work on harnessing our fears so that they don’t render us powerless and if nothing else, be sure to remove our names from any and all, emergency contact lists.